Wave Energy in the North Sea. 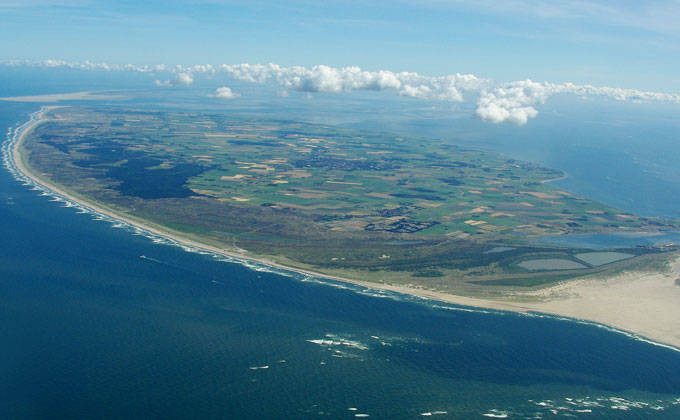 In March 2018 a research project was started to make Texel sustainable through wave energy. A consortium of 6 partners, Slow Mill, Rotec, Ingenieurs Bureau Rotterdam, Deltares, NIOZ and Innnoship started initial research and engineering of the ffirst phase of a 2,5 years project that will connect a 400 kW Slow Mill Prototype to the Texel grid.

Ffirst a scale model will be build, ca. 8m long, 10m deep, 2m diameter to generate about 25 kW in normal North Sea conditions. The tests will be conducted off the coast of Texel, Ameland and possibly at Light Island Goeree, together with RWS and v/d Herik.

Texel municipality and companies decided to ffinance construction of the test model's anchor, anticipating a grant of the Waddenfonds and NH. At ca. 3-4 km off the coast of Texel a gravity anchor will be lowered to the sea floor and tests of stability, strength, biodiversity and handling will be performed. Important and innovative research objectives include the connection, installation and decommissioning without any large offshore equipment.

As soon as the scale model performs well, a full scale prototype will be build and connected to the high voltage grid of Texel. After that a small series can be build. The ffirst Dutch North Sea wave farm will be build off the coast of Texel to obtain clean energy without horizon pollution, increase biodiversity and explore synergies like mariculture, coastal protection, ffishing and tourism while reducing cost and emissions. About 10% of the West Texel coastline is needed to make Texel fully sustainable.

The Slow Mill anchor was successfully installed 4 km off the West Texel coast, exactly at its designated location.

Construction of a scale model (1:2,5) was begun for open sea trials in 2020. Objectives are to demonstrate the ability to generate electric power from North Sea waves and survive the harsh maritime conditions. Research will be done on conservation and fouling techniques to optimise maintenance and testing will include power optimisation trials in various sea states.

Deltares tested several versions of a Slow Mill wave farm in a variety of conditions to better understand the effects of a wave farm on the environment. Behind a wave farm a considerable wake will develop which could enhance economic functions in that area like wind energy, mariculture or coastal protection.

Floater of the scale model Slow Mill 40 arrived in Den Helder for assembly and testing.

Construction of Installation Deck and launch in Den Helder

NIOZ has done extensive research on the anchor 4 km off the coast, concluding that biodiversity at the anchor increased 30-50% compared the sandy sea bottom and individual life organisms increased by a factor 400.

Christening of the Slow Mill 40, the first Dutch scale model WEC in the North Sea.